From Codicology to Technology: Islamic Manuscripts and their Place in Scholarship | Herman Khan 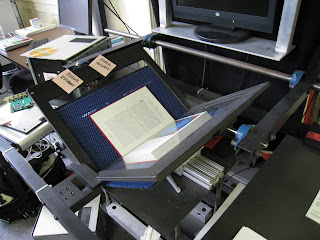 Codocology, a fairly recent neologism which seems to have no clear-cut definition, has come to be accepted as a term for the scientific study of the material and physical history of codices among other aspects associated with their production, circulation,and utilization, and it is in this connection that the Islamic manuscript naturally fits in.But an aura of mythical eeriness often surrounds Islamic manuscripts; their significance as an invaluable source on the cultural bequests and histories of the Muslim peoples had been realized almost from the beginning of European interests in the Orient. The last three centuries had been particularly significant for manuscript acquisition, collection,edition, and utilization in Oriental scholarship, particularly in the fields of theology and philology, and this is being reinforced in the title under review. It is a collection of some of the papers presented at the panel “Islamic Manuscripts—Projects and Perspectives”, during the 30th Congress of German Oriental Studies held at Freiburg im Breisgau between 24 and 28 September 2007.  The recent surge of interest in Islamic manuscripts in the West, according to Jan Just Witkam, is best demonstrated by the variety of initiatives that are materializing at the moment, for which the title under review stands out as an illustrious representative.

The Introduction offers a bird’s eye view on the importance of manuscripts as sources for scholarship, and highlights the artistry, resources, industry, collections, and techniques of manuscript preservation, particularly the facilities of modern technology of data-basing and digitization as being undertaken by some international agencies and foundations involved in manuscript projects. These are the issues discussed by the various contributions in this collection. The editors lament that the manuscripts from South East Asia are all but neglected (pp. 20–21). They are probably unaware of the fact that the situation in Sudanic Africa is direr. A key issue to which this title draws our attention is that only a very negligible portion of the Islamic manuscript heritage has been catalogued, indexed, or studied at all in the West, its enormous economic and technical facilities not with standing.

The collection is divided into three sections. The first, “Scholars and Manuscripts”, contains essays which discuss the intellectual activities of Shiraz and Damascus in the fourteenth century on the basis of a rare codex of al-Baydawı’s tafsir. Two other issues discussed are the medieval intellectual network spanning Southeast Asia and West Africa on the basis of the manuscripts of Ibrahim al-Kurani’s (1616–1690) Ithaf al-Dhaki, and primitive printing technology, as illustrated by the competitive attempts by eighteenth-century Orientalists to produce al-Maydani’s Kitab al-Amthal (Book of Proverbs). In the Second Section entitled “Codicology”, contributions here examine.

ink and page setting techniques, Javanese characteristics of a Qur’anic manuscript, and an analysis of Arabic “Book of Dreams” from an Ottoman Imperial Collection. The final section, namely, “Collections, Cataloguing, and New Technologies” consists of four essays. But the one that offers the most insightful perspective is that by Brinkmann and others, that is “From Past to Present: Islamic Manuscripts in Leipzig” (pp. 195–215) which offers a mine of information, including a database (www.islamic-manuscript.net), a workstation domiciled in Leipzig from which other repositories and indeed those interested in manuscript studies stand to benefit a lot. Except for some passing references to Sudanic Africa, no single essay in this collection is dedicated to Africa south of the Sahara whose stupendous manuscript heritage, probably the largest throughout the Muslim world,4 is more vulnerable to outright extinction due to environmental, economic, and other depravities.

One can “smell” some German in this work, and the few infelicities that are discernible (for example, “on the base”, rectus “on the basis”, p. 17; “rush of” instead of “rush for” p. 22) by no means detract from its inspirational value, although the work would have benefited more from a thorough copy editing by a native or near native English speaker. The Bibliography is also helpful, except that the siglum ZA in regard to the article by Martin Hartmann (p. 214) may only be known to a German medievalist as an abbreviation for Zeitschrift für Assyriologie. 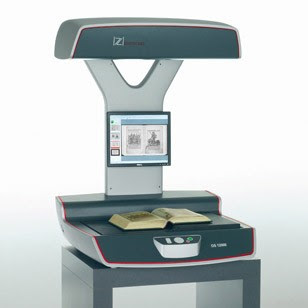 The Islamic manuscript tradition and the various subjects it has generated, namely, calligraphy, cataloguing, binding and conservation techniques, penmanship, bibliomancy, printing, and very recently digitization, have made the discipline a challenging and fascinating field of inquiry, and this is exactly what this title has set out to establish. It is a useful collection of efforts which will doubtless stimulate the interest of all Arabists, Islamist, and indeed all antiquarians who are interested in the Islamic manuscript not only as a subject of study, a mine of knowledge, but also as an object of study the various dimensions connected to which will enrich the wider world of intellectualism.